skip to main | skip to sidebar

Alright, so I'm holding a Daybreak knitalong on my podcast (Brass Needles)(www.brassneedles.com) which is part of a larger knitalong that came out of CampKIP.  The Daybreak is an amazingly beautiful pattern by the extremely talented Stephen West.  The reason this knitalong came about was that at CampKIP, a number of people has made and were wearing their Daybreaks. A number of us decided we wanted to have our own - and thus a knitalong was born. Mr. West even gave us a discount code for $2 off the pattern (good until the end of April '11 - you can find it by listening to Brass Needles ep 100).


So, diligent knitalonger that I am - I purchased the yarn at CampKIP and then cast on about a week after I got home. The pattern is fairly simple - very straightforward and well written. But that didn't stop me from messing it up. Best mess-up ever:


But, well, how could I be upset? Look at how wonderful this little piece of heaven is turning out! But it is (day)breaking my heart to have to do the same amount of stripes again - the rows are only getting longer. And I have to contact the yarn manufacturer (who will remain nameless at this point) - because the yarn is not fully saturated with color - it is not as important with colorways like this - especially in a pattern like this where variegation is a plus. However, this was pretty damn pricey for sock yarn (as in twice as much as I usually pay), so I am unhappy with the quality of the dye job. I shouldn't be able to find undyed parts in the core of the yarn. 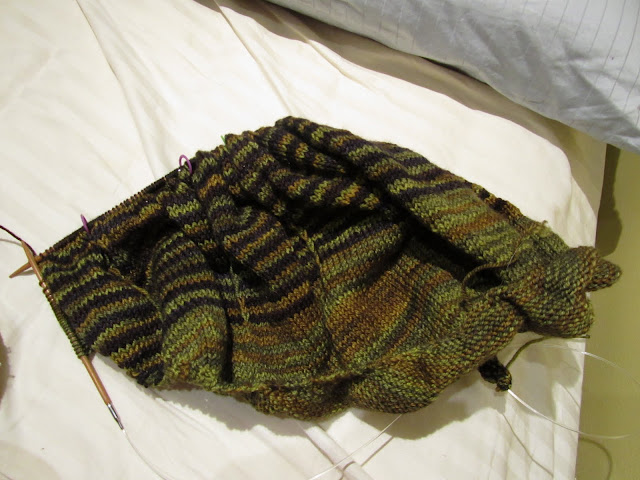 This is twice now that I've had the same problem - and that's both in the same month! First it was with the Japanese Garden Shawl pattern by Wendy D. Johnson. It has three charts - and I foolishly assumed that I finish each one and BAM! am done with the shawl. So, after finishing 2, I realized there was a problem, went back and read the pattern, and found that I had to do the chart 4 MORE TIMES. I think this is a basic flaw in my personality - or loose wiring in my brain - or something! I also have the problem that I can't seem to follow recipes for cooking either, which seems pretty similar to me......


But, you know what, don't worry. After all............no one can be too broken up when they have shoes like this to look forward to wearing tomorrow: 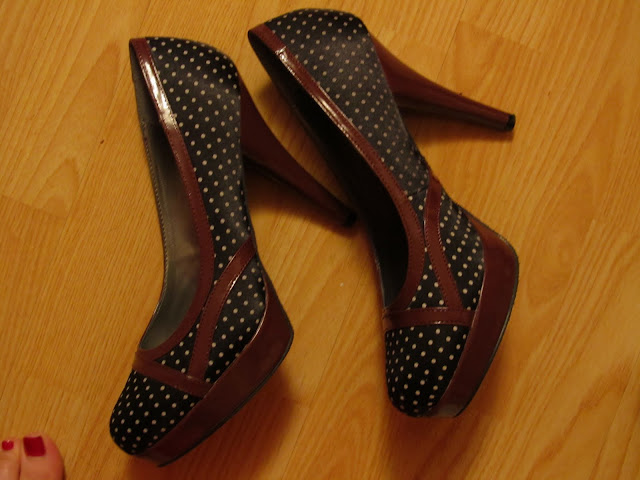 Miss Kalendar
Miss Kalendar is a compliance specialist, a knitter, a half-mad knit designer, a podcaster, a cosplayer and historical re-enactor, and a gamer.